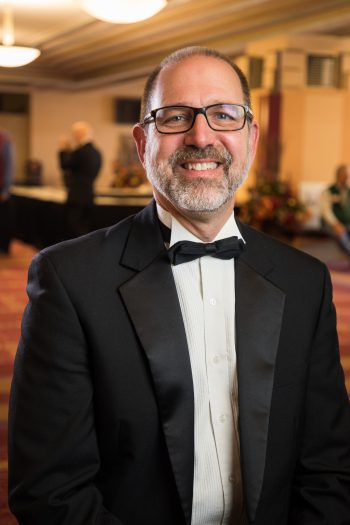 How Long with BBBC: 20 years

Where you might have heard me perform: Winston-Salem and Greensboro Symphonies, New Sousa Band, US Marine Band, National and Baltimore Symphonies, Kennedy Center Opera, or as part of a HealthRHTYHMS drum circle.

What is special to me about the BBBC: The family reunion atmosphere

What is special to me about Battle Creek: The Linear Park running trail and the Pancake House.

John R. Beck serves on the faculties of the University of North Carolina School of the Arts and Wake Forest University. He is a performer with the Winston-Salem and Greensboro Symphony orchestras, Brass Band of Battle Creek, the Philidor Percussion Group, and the Blue Mountain Ensemble. A former tour soloist with the United States Marine Band, for 10 years he also performed regularly with the National and Baltimore Symphonies, Washington and Baltimore Operas, and the Theater Chamber Players of the Kennedy Center.

Beck is a Past President of the Percussive Arts Society and holds degrees from the Oberlin Conservatory and the Eastman School of Music. He is a recipient of the 2018 League of American Orchestras Ford Musician Award for Excellence in Community Service for his work as a HealthRHYTHMS facilitator involved in hospital research using group drumming with adult cancer patients.